Edward A. Addy has 35 years of experience in technology management, practice and research, following ten years in mathematics and physics education. He has an extensive background in software and systems engineering and in program management. He has worked in a wide range of domain areas, including network communications, weapon control systems, financial and enforcement systems, and NASA space flight systems.  Dr. Addy has published in the areas of system assurance, software product lines and software safety, and has presented at corporate, national and international conferences.

Through leadership roles with Northrop Grumman, Dr. Addy has experience in strategic planning and management oversight.  In his current position in business development operations for a $100M operating unit, he plans and monitors capture and proposal funding for opportunities that will impact the company for the next ten years.  In previous positions as an operations manager and as a program and site manager, he had overall responsibility for technical and financial success of the programs within his purview.

As a member for more than 25 years, Dr. Addy is engaged in various Computer Society efforts, primarily in the areas of systems and software engineering process standards and in student awards. As Chair of the IEEE P1012 Working Group beginning in 2018 and previoiusly as Secretary since 2007, he has been the editor for three versions of the standard on verification and validation.  Dr. Addy became Chair of the CS Software and Systems Engineering Standards Committee (S2ESC), after serving for six years as an elected member.  He has been a U.S. representative to ISO/IEC Joint Technical Committee 1 / Subcommittee 7 / Working Group 7 on Software and Systems Engineering Life Cycle Management.  He chairs an annual cycle of the Richard E. Merwin Scholarship Award under the MGAB ARC, and is the CS alternate representative to the IEEE Systems Council.  In each of these roles, he coordinates with colleagues from around the world with the goal of serving computing professionals.

*  The opinions on this site are mine and are not necessarily those of the IEEE Computer Society or the IEEE. 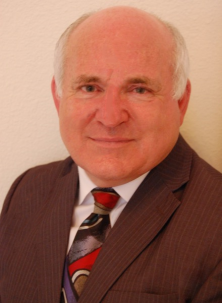